There was a mass murder in a Colorado theater at a Batman premiere.  One criminal killed 12 people and injured more than 50 others.

The #1 question for a murder like this is “What prescription drugs was he taking?”  That information is almost never publicly disclosed.  Allegedly, psychiatric drugs play a role in many murder-suicides, and the mainstream media covers up this detail.  If someone takes drugs and stops, that can also cause a problem due to withdrawal.  Technically, this wasn’t a murder-suicide, because the criminal surrendered to police.

Also, this wasn’t “random”.  He had some grudge against someone there, or against that theater.  I haven’t seen any information on the motive.

Here is a mugshot photo of the murderer, James Eagan Holmes.  For something like this, the police almost always get the right criminal. 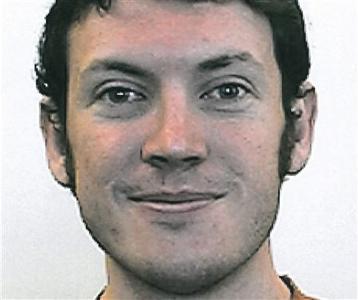 You can tell from the photo that this is probably someone with low emotional intelligence and medium/high logical intelligence.  For example, there’s the 45 degree laugh lines on the face.

Most mass murderers are not evil in the sense of Bernard Madoff or Chuck Schumer.  Instead, they are intelligent people pushed past their breaking point.

It actually takes a reasonable amount of intelligence, to plan and pull off a mass murder.  In a healthy economy, It’s effort that should have been spent productively.  Instead, many intelligent and hardworking people are frustrated, and some of them snap.

People with high emotional intelligence and low logical intelligence can usually manipulate other people and get what they want.  They are incredibly dangerous, but in our society they are usually the leaders.

People with low emotional intelligence and medium/high logical intelligence get frustrated.  Some of them “go postal”.  They realize that they were cheated, but can’t explain it clearly like I can.

Whenever I hear about a story like this, I wonder “If I had the opportunity to explain my point of view to the murderer, could I have convinced him to try other ways of fighting evil, rather than something pointless?”

Whenever there’s a mass murder, it’s the #1 story in the news.  The hidden message is “If you’re disgruntled, the best thing you can do is murder a bunch of people.”  Paradoxically, the way the mainstream media covers these stories, encourages other people to do it.  Pointless violence is promoted, instead of things that might be more effective.

The State disarms the population.  If some of the movie theater customers were carrying weapons, they might have stopped the murderer before he killed so many people.  If he knew that people in the theater were likely to fire back, he might have not tried it.  By disarming most of the population with gun control laws, the State makes it easier for a single criminal to murder many people.  Incidents like this are used as an excuse for stricter gun control laws.  If more people carried guns, incidents like this would be less likely, or cause less damage when they do occur.

The State gets to be the hero.  There will be a high-profile trial and conviction and execution.  However, that ignores the fact that the State failed to prevent the murders.  The police have no obligation to prevent crime.  They merely clean up afterwards.

There are a couple of interesting points, when there is a mass murder.  Was the criminal taking any prescription drugs in the months before the murder?  That information is almost never publicly disclosed, to preserve the illusion that all drugs are wonderful with no negative side effects.  A mass murderer is usually an intelligent person who is pushed past his breaking point and snaps.  A mass murderer is not a criminal in the same sense as Bernard Madoff; those are two opposite personality types.  Gun control laws make mass murders more likely, by disarming potential victims.  The State police claim to be the heroes, but they’re merely cleaning up after the crime.  State police have no positive obligation to protect people.