Contrary to official US government statistics, the economy is shrinking at an alarming rate.

When you calculate real GDP growth, you have to adjust for inflation. If the size of the economy stays the same, but inflation is 10%, then the raw GDP will be 10% bigger.

When economists calculate “inflation adjusted GDP”, they use the CPI as their inflation adjustment factor.  However, the CPI severely understates true inflation.  Inflation is misreported as economic growth.

Gold is a much more accurate measure of inflation.  There are short-term fluctuations.  Over a period of 5-10 years or more, gold should track true inflation pretty closely.  It is more accurate to say “The value of the paper dollar is crashing.” rather than “The value of gold is skyrocketing.”

I calculate inflation-adjusted per capita GDP correctly.  I use gold as my inflation adjustment, rather than the biased CPI.

Here is USA per-capita GDP in ounces of gold. 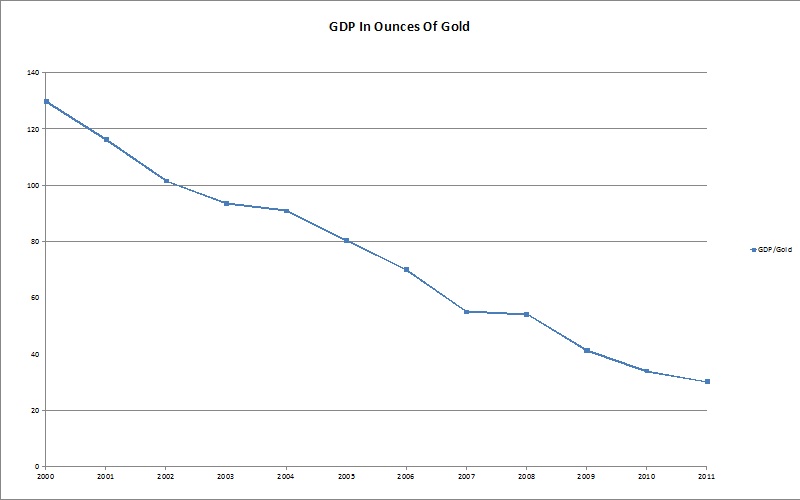 Here’s the same information on a log scale. On the log scale, it’s easier to see how the rate of shrinkage is increasing. 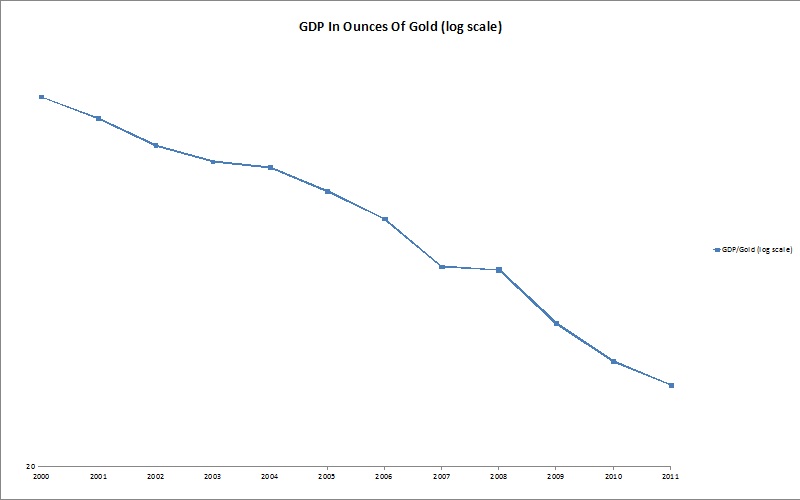 Measured in ounces of gold, real GDP has decreased every single year since 2000!

A pro-State troll might say “There’s a gold bubble.” I don’t see any evidence of that. Even if there is a slight gold bubble, that doesn’t explain a 75% decline over 11 years.